Robotic Automation and Impact on the Creative Work Force

Robotic Automation and Impact on the Creative Work Force 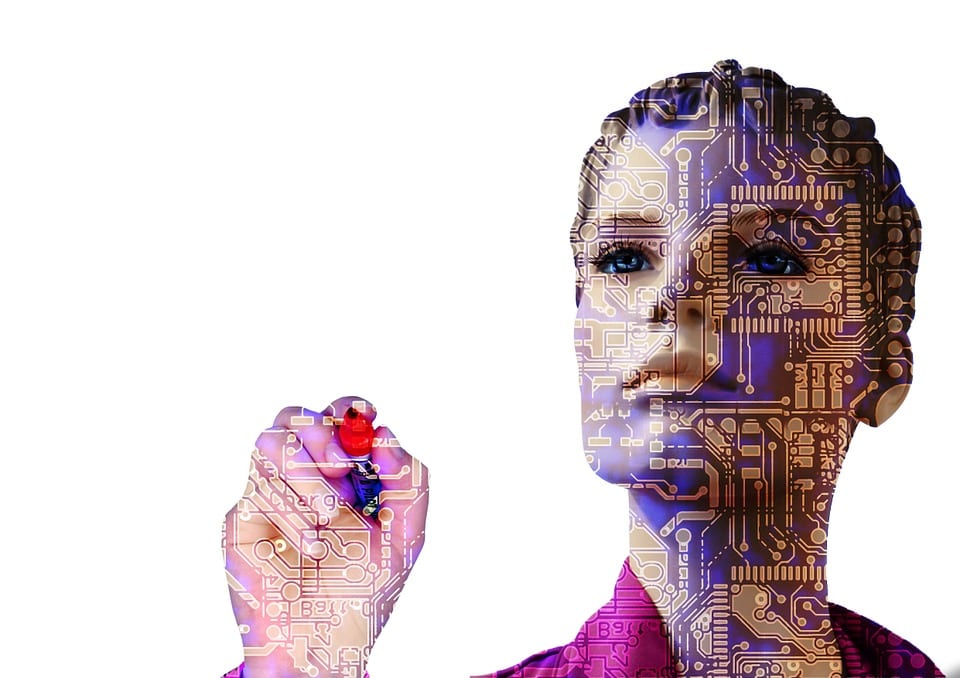 Robotic Automation and the impact on Creative Work Force is a hot topic these days. It’s tempting to want to assume that your job cannot be automated. It’s not hard to teach a robot to fry eggs and bacon, there’s no reason the majority of car repair work can’t be fully automated, but what if you’re a writer? A business leader? What if your job isn’t strictly a technical skill, what if it demands some kind of creative input? Maybe someday we’ll have artificial intelligence that’s capable of writing a movie, but that’s probably centuries away, right?

Or maybe that day has already passed.

What is Robotic Automation and the impact on Creative Work Force?

Sunspring is an experimental short science fiction film written entirely by “Benjamin,” an AI bot utilizing an algorithm known as Long Short-Term Memory, or LSTM. The movie does play out like a conversation between chatbots, but if we’re being honest, it’s more entertaining than some of the films you’ll see at festivals. The movie does not prove that an AI can write an especially successful movie, it’s hard to imagine that Benjamin’s next project is going to be a box-office smash, but Sunspring does prove that an AI can handle stringing together a story, as confusing as the story may be.

Applied to a less literal form, like music, collaboration with data-driven software has already produced surprisingly strong content. Data-Driven DJ is a project wherein the human artist selects samples while the data guides the structure and composition of the song. Data tells a story, and the software puts that story into the form of music.

Data plays a big part at companies like Netflix, albeit in subtler ways. It’s no mistake that House of Cards is a big hit. Due to their unique model, Netflix is one of the first entertainment companies capable of grabbing data right from the viewer. They know which genres users are more likely to binge-watch, they know which movies viewers love, which they avoid, they know the actors and directors people are drawn to, they can even tell exactly when a user stops watching a movie or show. House of Cards may not be written by an AI, but it was essentially conceived and greenlit by the data itself, which showed Netflix execs that people love Kevin Spacey, David Fincher, and the original British version of the show. We’re not yet to the point where the software can write and direct a whole season of House of Cards, they still need to get David Fincher behind the camera and put some trust in his abilities as an artist, but the algorithm is essentially already taking up a seat on the board of directors at Netflix.

The show was even advertised in a manner befitting each individual viewer. People who watched a lot of Kevin Spacey movies saw a trailer featuring plenty of shots of the actor. If the viewer’s habits were more women-oriented, if they enjoyed films like Thelma & Louise and Pretty Woman, then they saw a trailer emphasizing the strong women characters on the show.

An algorithm can ensure that the next Iron Man is a success, but the human element is, as of now, still a required component in any business or creative endeavor.

The question now is not so much whether we will ever arrive at fully automated content. It’s not hard to imagine software that can write brand new pop songs based entirely on iTunes sales and Youtube plays. Rather, the question is whether or not a human artist without a data-driven collaborator will be able to remain relevant into the coming years.

If this sounds a little dystopian, the good news is that art and entertainment are not defined wholly by mainstream success. An algorithm can tell you the most popular structure for a Hollywood film, and it may one day even be able to write the next Iron Man sequel all on its own, drawing from box office data, popular storylines from the original comics and so on. But, if an algorithm is ever going to replicate the charm of Robert Downey Jr.’s knowing smirk, or the visionary direction of Jon Favreau, that’s still centuries away. An algorithm can ensure that the next Iron Man is a success, but the human element is, as of now, still a required component in any business or creative endeavor.

“Law is high-prestige, well-paid, highly educated profession. We’ve got a category of software called eDiscovery where you basically just tell it what you’re looking for, hit a button, and milliseconds later you get back every instance of that pattern. If there’s a smoking gun in the documents, it’s very likely to find it. The head-to-head comparisons that we’re able to do between the results of eDiscovery and the results of that army of lawyers sitting around and reading documents indicate that the eDiscovery actually gives you higher-quality outcomes. So a lot of these trends are putting pressure not just on that classic median American worker, but even on fairly highly educated, well-paid ones like law.” – Andrew McAfee, MIT Sloan School of Management

To put it another way: As our means of processing and utilizing data become more sophisticated, we’re not so much looking at being totally automated out of existence in our chosen professions. Will automation make some jobs obsolete? Certainly. With automation you’re going to see a thinning of the herd, so to speak. A lot of middleman jobs will be eliminated; entire departments may be put out of work. This can be unfortunate, but it can also mean the difference between thriving, and downsizing and layoffs that would have eliminated those jobs in the long run, anyway, but without securing the company’s future.

Lean on the data and you can put together a business pitch that is, if not one hundred percent risk free, at least not a roll of the dice. By taking some of the risk out of a new project, whether it’s a TV series or a product launch or a marketing campaign, we’re looking at the opportunity to innovate without putting the company’s future on the line every time out.

In any line of work you’ll find people who emphasize the risk as part of the appeal. Sure, it makes you feel “cool” to take risks, but the truth is that that’s the silver lining, and most of us would be much happier at work if we could dip our toe into a new project before jumping in with both feet. Collaboration with big data doesn’t kill creativity in business, it only takes some of the risk out of it.

We’re at a pivotal moment right now. Major tech leaders and influencers have perhaps never been so instrumental in determining how their companies will proceed into the coming years. Automation has never been so vital in remaining competitive within any industry, and this is possibly the last opportunity any brand will have to get ahead of the game in this regard. In just a few years, automation will be the obvious choice, everyone will be collaborating with data and AI, but only tomorrow’s industry leaders are starting today.

What do you think of the concept Robotic Automation and the Impact on the Creative Work Force?  Feel free to share your thoughts.